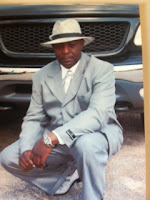 Kela’s Dad
Kela’s Dad, Calvin Dunn, taught her how to lay foundation for a building. Together, they built the night club that he owned and operated. He used to have a pair of snake skin shoes in every single color! Kela just beams when she tells stories about her dad. 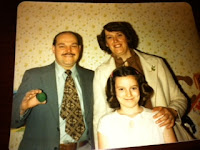 Donald Courcy is pictured here on Easter day, circa 1979, holding Candice’s painted Easter egg. He taught Candice how to fish, drive a car, and cook French Meat pie. He loves being a granddad. The kids call him Pepere (French for grandpa). Donald sang solos in the church choir and local choruses for years. 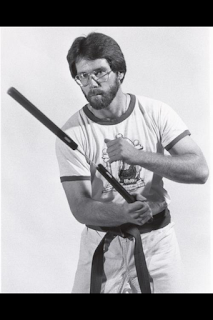 Wingate Downs is a well-known photographer in Athens. He was our Santa Claus at Urban Sanctuary last year and will play him again this year. Alan and Candice met Wingate originally at a Christmas party hosted at his studio, where he rode his motorcycle right into the living room — way to make a first impression! (Notice the nunchucks in the picture?) Wingate is quite a character! 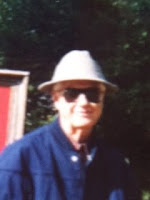 W.C. McArthur is pictured here in front of the old Urban Sanctuary building in 5 Points. Dr. McArthur worked as a researcher for the USDA and loves genealogy. During World War II, he was an instructor pilot for the Navy. Mr. McArthur is tall and handsome at 95. 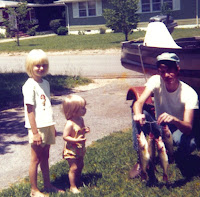 Jen Berry’s Dad
Stephen Berry taught her what he knew: “how to catch a big bass with a purple worm, grill barbeque chicken second to none, to love nature, to be kind and generous, and just share what you’ve got with others whether it’s a friendly story or a kind word.” The blonde toddler pictured here is young Jen.

Layne’s Dad
Steven Lasseter – “He was sort of a renaissance man. Whether it was politics, history, music, sports, he just knew everything. He really shined when he was around kids. He was so funny and would do things other dads wouldn’t; like playing ball in the house with us, and taking the blame if something broke or letting me put his hair in pigtails with ribbons and barrettes. To me, he was perfect and I miss him every single day.” 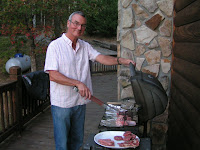 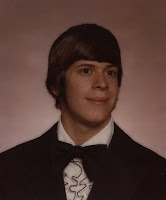 Jennifer Bridges’ Dad
This picture of Paul Bridges was taken circa 1978 when he was a senior in high school. We love the ruffled shirt, bow tie, and sideburns. Striking!

You Deserve Time To Unwind.

Scroll back to top